Why Satan had access to the Garden of Eden 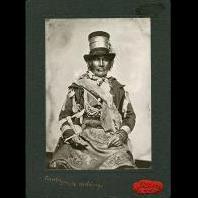 By Metis_LDS,
June 14 in General Discussions